This DIY Twig Vase will make for a perfect accessory for your spring or all year long decor.

It was super inexpensive to make and looks great with all of the spring colors we are adding to our home this week. When we pull the spring and Easter totes up from the basement, I always get so excited. After taking inventory of everything, I realized I was needing some additional vases and flowers to add around the house. 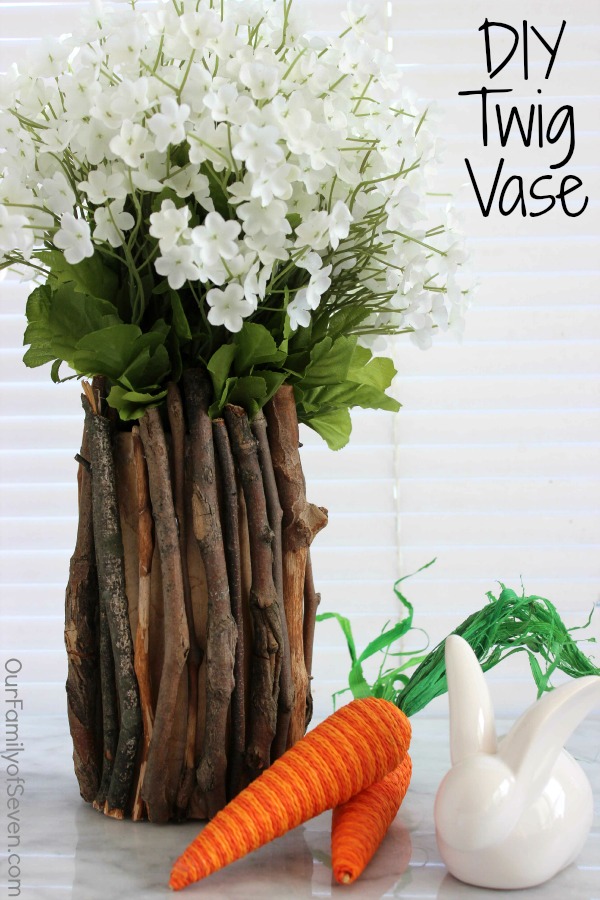 I recalled finding some really neat nature inspired vases in one of my upscale home catalogs that I really liked. All of them were made with what appeared to be tree branches (twigs). I would have enjoyed ordering up a few to save some time, but this spring my budget for decor is quite limited. In fact if you ask the hubby, he would most likely tell you that there was not a dime in that budget, ha ha. 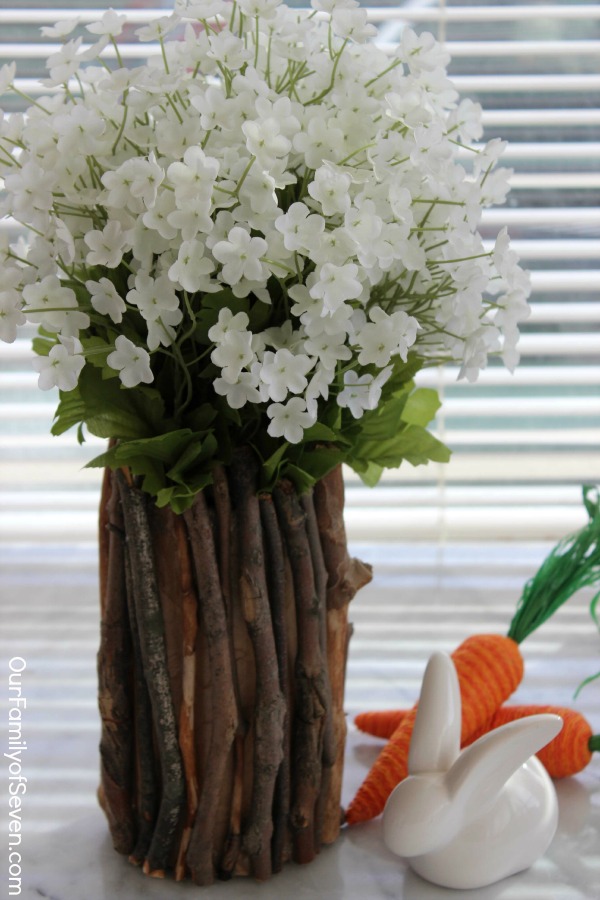 This DIY Twig Vase was super simple to make. All that is needed is a vase, branches from a tree, glue gun with glue sticks, Mod Podge, a paper bag and some flowers. The biggest challenge in completing this project was getting Cierra to return the glue gun, lol. I sent the bigger boys out to our yard for some branches. They were ecstatic to get out in the sunshine so this task was not a chore for them like I expected it to be. It wasn’t long before I looked out the window and they were sword fighting with the sticks they were collecting. 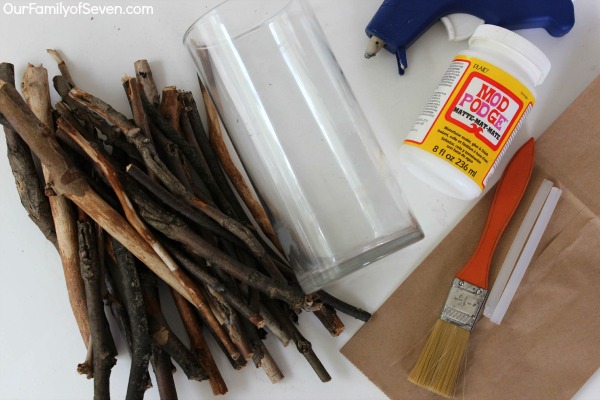 I checked under my sink where I can always find a basic clear glass vase hiding among all the cleaning supplies, trash bags, etc.  I located a perfect tall and round vase. BINGO! This vase was getting even less expensive than I had originally thought. 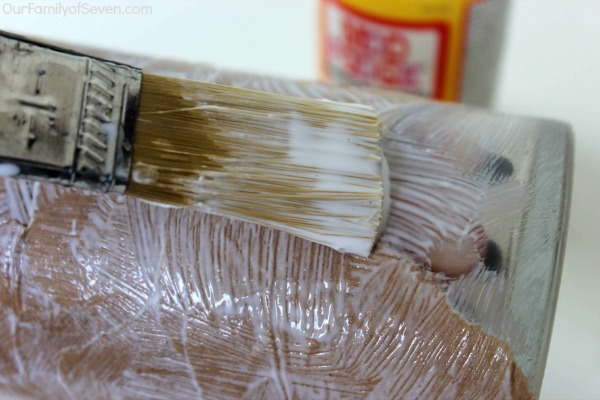 I began by getting all my twigs to roughly the same size. I Mod Podged on some brown paper bag pieces to add some brown coloring for under the twigs. Then I just hot glued the twigs around the vase. Easy-Peazy I say! During my vase construction, Mike dropped in to give himself his laughter fulfillment for the day. He honestly thought I was crazy using branches on a glass vase. Hey… It worked ha ha! After I added in some artificial flowers, he quickly admitted that this Twig Vase was not such a silly idea. I think deep down he probably still thought the vase was silly but really liked the price tag.

Welcome to Our Blog! Here on Our Family of Seven you will find fantastic recipes, DIY & Crafts, household organization & tips and a kids corner with exciting kids activities & Crafts. All seven of us are glad you dropped by. Learn more about Our Family of Seven here.

Join Our Newsletter for Free